DIY glow in the dark slime is all the rage in our house. From the moment we made superhero slime, our family found ourselves wanting to experiment with other fun ways to make slime.

This slime recipe is incredibly simple and requires few ingredients. It’s by far the least sticky we have made.

How to make glow in the dark slime in minutes

What ingredients are in glow in the dark slime?

Pour out an entire bottle of glue into a container or mixing bowl. Add stars, glitter and mix together. Mix until mixture begins to get harder to mix and slime begins to form.

Take the slime out and begin kneading with both of your hands. Let sit for a few minutes and feel the slime mold into shape. The slime is pretty as it is with the different stars shining through and the glittery blue color. But, the fun isn’t over yet.

We placed our slime creation directly into the light for a few minutes. Then, we went to a dark room to test it out.

Sure enough, our galaxy slime glowed in the dark! My daughter couldn’t get enough out of it. We later made another glow in the dark slime using the red glue. 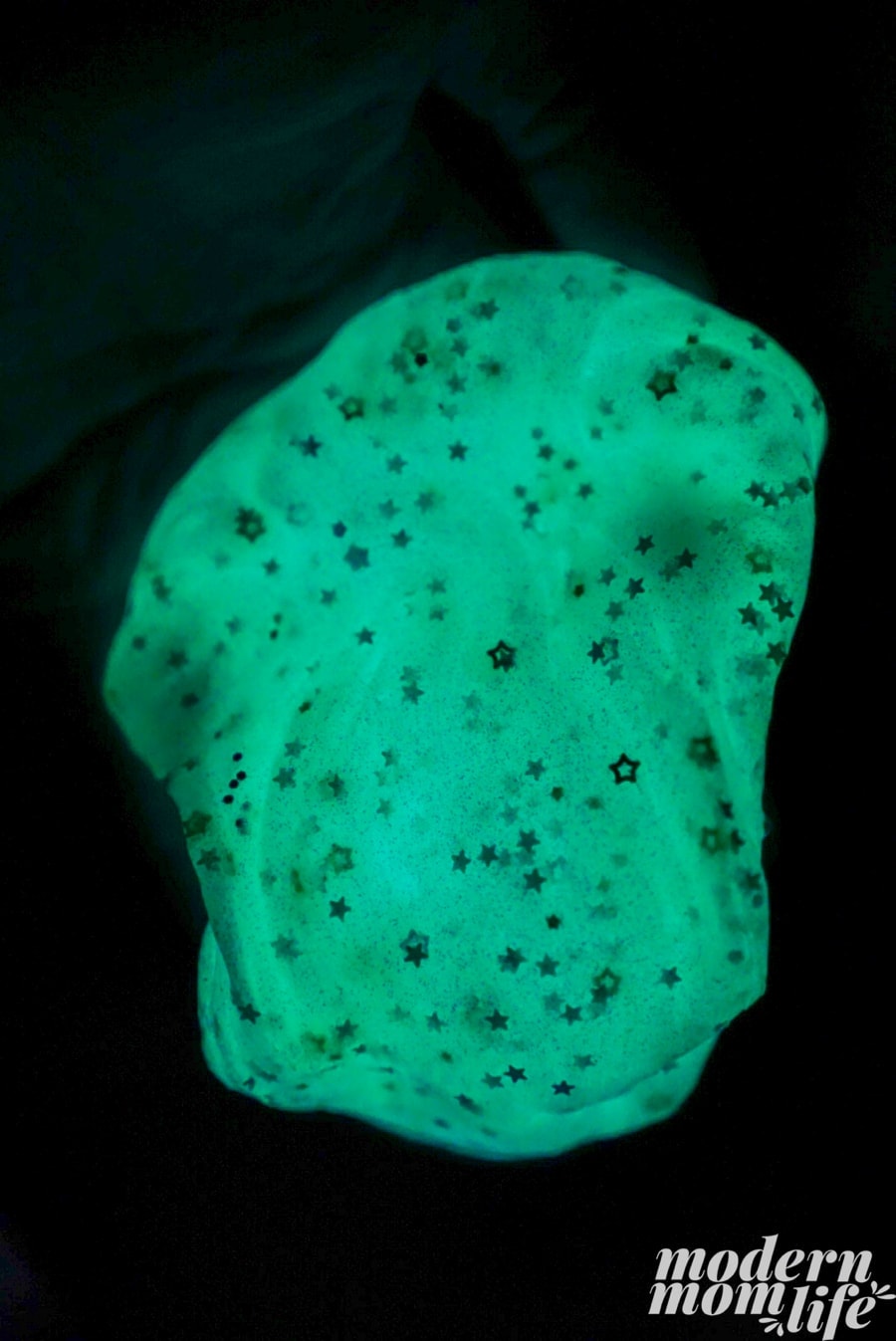 No Borax Slime Recipes for Kids

If you are worried to use Borax in your slime recipes, there are plenty of slime recipes for kids without borax to check out below.